Chandrayaan 2 is India’s second Moon mission launched on July 22, 2019, and is now all set to take its big step! Vikram, Chandrayaan 2’s lunar lander will be landing on September 7, 2019. Vikram Lander will attempt a soft-landing on the lunar surface in the early hours of Saturday. If Vikram Lander is successful in achieving a soft-landing, then it will be the fourth country to achieve this feat. While Russia, America, and China have already experienced a successful soft-landing on the lunar surface, India will be the first country to soft-land on the south pole of the moon; an unexplored region.

Vikram is Chandrayaan 2’s Lander and is named after Dr Vikram A Sarabhai, the Father of the Indian Space Programme. The Lander is designed to function for 14 days which is the equivalent of one lunar day. Vikram will be communicating with IDSN at Byalalu near Bangalore and both the Orbiter and Rover. Vikram weighs 1471 kg, has the Electric Power Generation Capability of 650 W and will be attempting a soft-landing on the moon.

According to Indian Space Research Organisation (ISRO), Vikram’stouchdown on the Moon’s south polar region will be between 1.30 am-2.30 am on September 7. Once the Lander touches down on the moon’s surface, the Chandrayaan 2 Rover, Pragyan will roll down from the lander to carry out the research it was designed for.

Talking about the soft-landing on the lunar surface, former ISRO chief G Madhavan Nair, ‘Only onboard cameras would look for the right location and once it matches, there are five rocket engines which will precisely control by first reducing the speed and then making it virtually float at that point and have some lateral movement in such a way that it goes just to the location, slowly guide it to the landing site.’ 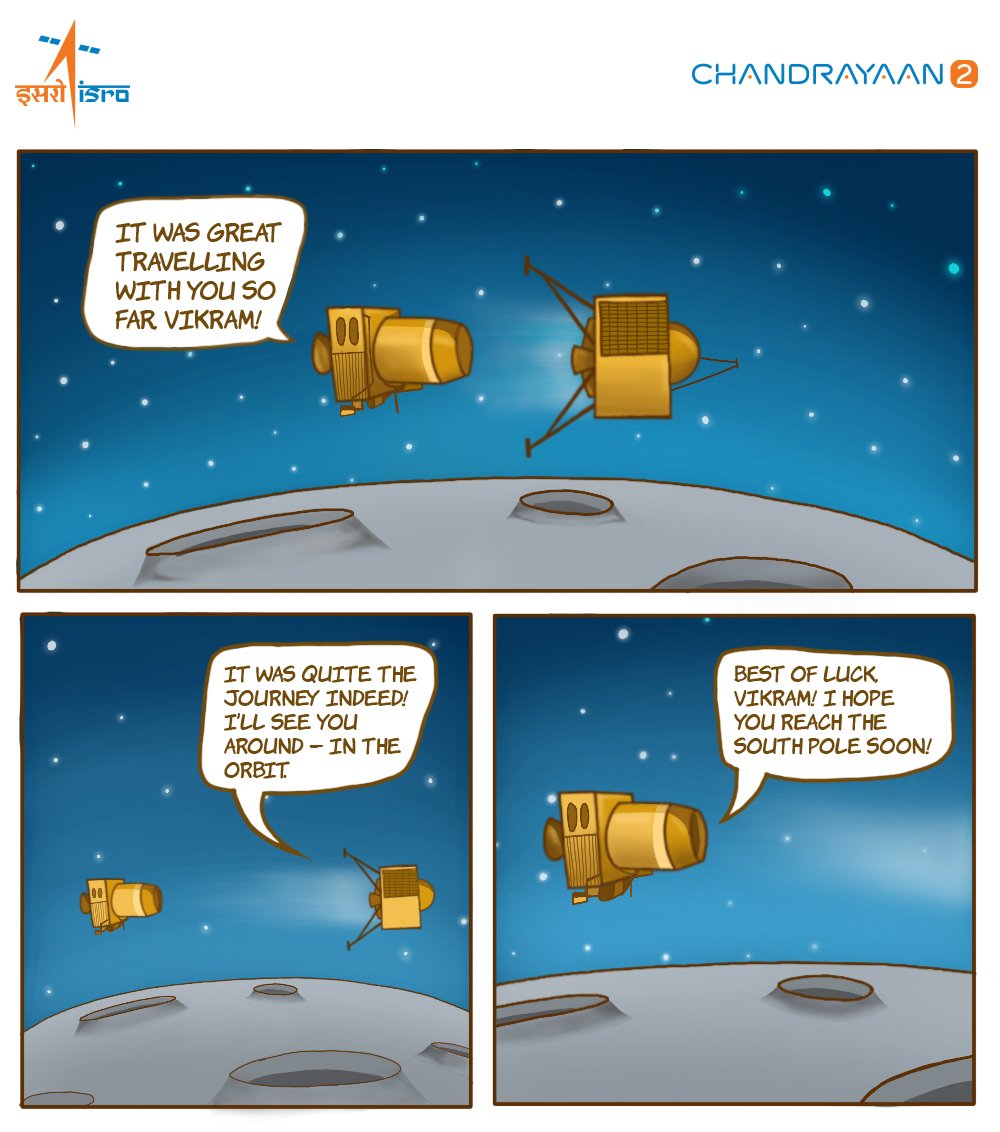 ISRO went on to explain that Chandrayaan 2 aims to further expand the knowledge about the moon through a detailed study of itsmineralogy,thermo-physical characteristics, topography, atmosphere and surface chemical composition which will lead to a better understanding of the origin and evolution of the moon.